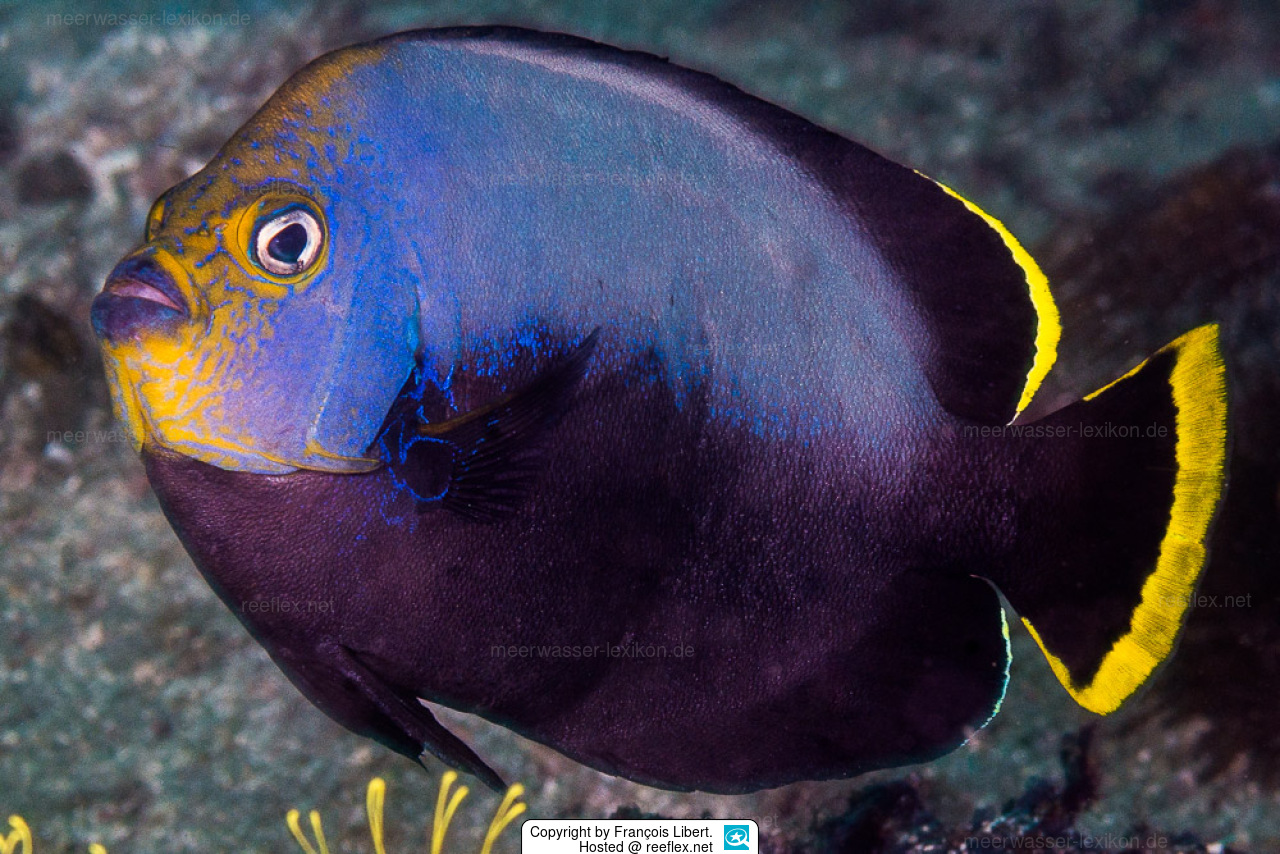 am 16.05.05#1 Western Pacific to Indonesia; questionable in actual distribution; 20 cm; common
It was regarded that it also comes from Japan but some confusion with other similar
species like C.cephalareticulatus, but now Allen et al. (2004) state that this species is
restricted to Philippines and Indonesia (Kalimantan & Bali to Flores); replaced by
C.dimidiatus in Sulawesi, and C.vanderloosi in eastern Papua New Guinea (just
described by Allen & Steene, 2004; see our book on pages 116-117); head pattern is
greatly similar to C.cephalareticulaus from southern Japan and Taiwan; the specimens
shown here are most similar to C.melanosoma, but with no assurance, their localities of
capture being no longer known; somewhat delicate in aquarium

1 husbandary tips from our users available
Show all and discuss